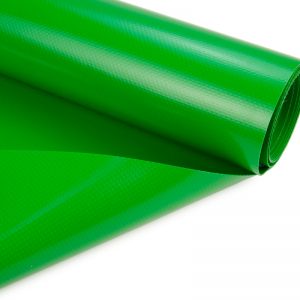 PVC is the acronym for Poly Vinyl Chloride, a type of thermoplastic resin that is utilized in some products and materials. PVC is gotten from one of the end products of petroleum that has been mixed with natural salt and water. It follows an industrial procedure that results in the formation of PVC sheets that has enough strength to endure atmospheric pressures.

There are many uses for which PVC is used. Some of these uses include plastic wear, tiles, rainwear, and pipes. Some tarpaulins are made from PVC canvas known as PVC tarpaulin.

PVC tarpaulin is also useful in the lamination of ships and boats. Even though the type of PVC tarpaulin utilized for ships and boat lamination is rather different from the normal ones because they are doubled or tripled to laminate expensive iron used for creating the boats. The lamination helps to prevent the iron from the effects of weather such as corroding. Considering that boats and ships spend weeks and months on the sea, they could be severely damaged without such measures.

Rain shed
Considering the waterproof qualities of PVC tarpaulins, it means that you can easily use it to create a shed to protect you from the rain. Some PVC tarpaulin waterproof features are reinforced so that it can provide much better rain protection.

It is possible to install this type of PVC tarpaulin roll in different places where there might be the need to instantly shield people from the rain, including restaurants, cafes, bus stops, and your backyard. It provides an instant and cheaper way compared to erecting a building for the same purpose.

Furthermore, PVC tarpaulins make a good automobile cover. It is a cheaper alternative to erecting a garage. Thus, those who do not have a garage in their homes or who live in rented buildings can easily erect a tarpaulin garage for their cars.

Home decoration
PVC tarpaulins are also used for home decoration apart from its usage in the shipping industry, construction industries, and rain covers. A lot of people utilize different types of tarpaulin including clear PVC tarpaulins to decorate various parts of their homes including the living room. A lot of people would use a small part of PVC tarpaulin, which they embellished with decorative stuff and stone. Some other individuals who want their room to have the impression of open space bring in small umbrellas made from PVC tarpaulins. Some larger umbrellas made from PVC tarpaulins are also used in the front lawns or backyards of some homes.

Heavy-duty PVC tarpaulin usage
A lot of factories also utilize heavy-duty PVC tarpaulin for covering their raw materials and finished products. This helps to protect the items from damage whenever they are kept outdoors. They are also used for creating large tents to house refugees, IDPs and other cases of mass human displacement. In this case, a single PVC tarpaulin tent could house over 100 people.