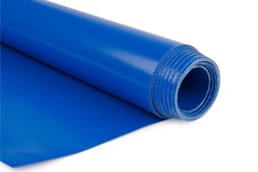 The need to protect large materials, especially by industries has been a major contribution to the development of large tarpaulins. There are instances where a chemical factory wants to temporarily protect their tank farm from elements before being transported by ship, rail or truck.

The need to build a full shelter for this purpose is no longer necessary as a large tarpaulin sheet will come in handy. This applies to virtually every industrial plant that requires the protection of equipment or products.

Some organizations might need to store some items outdoors such as heavy equipment for agriculture, fabricators for swimming pools, gardening equipment, and masonry equipment. Large waterproof tarpaulin comes in handy in these cases. They could also opt for an extra-large tarpaulin if the items are bulky and take up a lot of space.

How convenient are tarpaulins?
Tarpaulins are very convenient as they save companies a lot of trouble. This is why you will often find tarpaulins in large industrial facilities. They won’t have to go through the stress of transporting heavy materials indoors with a forklift.

Even though not as common as in industries, large tarpaulins are also utilized in composting industries and hot commercial houses. For hot houses, the tarpaulin is used to protect blooms and plants from being exposed to very low temperatures or too much sunlight.

And in composting industries, tarpaulins present a perfect way of manufacturing composting materials more protectively and cleanly. The composting pile is simply covered with a tarpaulin. This will aid the retention of adequate heat for the process of composting to begin.

Use of large tarpaulins in pollution industries
The latest methods or decreasing pollution mostly require contaminants destruction in a biodegradable way. To achieve this, various kinds of organic items such as hummus, salt hay, and cedar are used for deactivating contaminants. The organic items require outdoor storage on the property of the organic materials’ suppliers. With the usage of large tarpaulins as cover, it is more cost-effective, more convenient and quicker to protect the organic items.

The use of large tarpaulins in the auto repair sector
There are many usages to which large tarpaulins are employed when it comes to auto painting, auto body, and auto repair industries. The large waterproof tarpaulin can be utilized in ensuring that elements do not seep into vehicles as well as destroy auto parts, rewelding or fresh painting. There are instances where rain could just start suddenly and run the finishing or parts of the vehicle. By just pulling a tarpaulin across the vehicle, it could be kept safe and dry from exposures that could destroy it.

Industrial usage of large tarpaulins
There are several industries where extra-large tarpaulins are used to cover the fine mist that escaped during the industrial activity to the air. With the tarpaulin spread to cover the industrial area of the factory’s perimeter, workers can be protected from unnecessarily inhaling the mists and fumes. Thus, when industries use tarpaulin, it could provide a means of protecting employees from harmful substances, thereby making it easier for industries to comply with regulatory policies, and in the process, make the workplace safer.  Some other industries that are involved in the melting of metals use tarpaulin to reclaim expensive metals that are lost in the process of melting. The fine metals are caught by the tarpaulin, making it possible for the industry to recycle it. This way, the company can make more profit and reduce waste from the production process.